A long time ago in a galaxy far, far away...

Exiting times for all Star Wars fans, myself included. After nearly 6y, we are getting another, final, season of Star Wars - The Clone Wars. An epic conclusion to one of the best SW content apart from the original 3 movies.

For those of you who are unfamiliar with The Clone Wars series its a collection of currently 6 seasons of SW history placed in the time of Clone Wars (Episode 2/3 time line). It follows Anakin Skywalker and Obi-One as too master Jedi generals in the Grand Army of the Republic, tasked to fight along clones agains the Separatists droid army.

With a huge number of characters, this animated tv show has had a massive positive acceptance with the audience. Packed with a lot of action, drama, side stories and some origin stories that you can't find anywhere else, TCW are a true SW gem.

Originally, the story of clone wars was something that George Lucas wanted to explore more beside the Episode 2 movie, so in 2003, Genndy Tartakovsky (Dexter's Lab, Samurai Jack, etc...) was hired to helm a micro series (3 min long episodes) that told the story of the clone wars era.

Pushed by Cartoon Network, Clone Wars mico series was a great success. Running from 2003 till 2005 in its 3 seasons it covered a total of 25 episodes giving life to some of familiar characters like Obi-Wan, Skywalker, Master Windu, Darth Sidius and General Grievous to name the few.

Clone Wars served as a pilot fo the half-hour CGI The Clone Wars that stared in 2008 and finished in 2014. Or so we thought.

The return of Ahsoka Tano

As I said before, TCW covered many characters from SW universe and one of my favorite (and I'm not alone) is Anakin Skywalker's padawan Ahsoka Tano. This young Togruta female had a massive impact on the success of the series as well as Anakin Skywalker himself and quickly became one of the heroes of the Clone Wars. Ranked as a Commander she also led countless battles agains the Separatist and even saved her master a few times.

Also known as "Snips" (as referred by Skywalker), Ahsoka proved herself over and over as a great Jedi, leader and commander. Unfortunately, by the end of season 5, Ahsoka had to prove her innocence to the Jedi council and the Republic military leaders that she was not a traitor, eventually leading to her departure from the Jedi Order.

Skywalker was the only one who trusted her young padawan and eventually proved her innocence but the damage was too great and Ahsoka was not heard from again. Even though there were 6 season of TCW, the 6th (and currently last) season was also called "Special Missions" so the time line does continue but we have no knowledge what has become of little Ahsoka.

After TCW season 6 ended, Dave Filoni was once again hired to create and helm another animated SW series called Rebels. In its 4 season until 2018, at some point Ahsoka, now an adult, helps out the rebels side in their fight against the Empire as she always did, but still not as a member of the Jedi Order.

In 2019, we got some wonderful news from Lucas and that was that Filoni will helm one more, and this time final season, of the TCW series. Considering that the whole series did kind of ended on several cliffhangers, this was the right move. Regardless that its been 6y we will get some great conclusion to this great saga for sure.

Trailer for season 7 is packed with lots of fighting, explosions, huge battles and above all, the return of Ahsoka Tano, along with some memorable characters such as Darth Maul. Personally I can't wait to see it as well as most SW fans, and we will not have to wait long thanks to new Disney+ streaming service.

In 2019 we got The Mandalorian SW tv show that was also a huge success and I have no doubt that season 7 of TCW will be just as great.

February 21th can't come soon enough and I do hope that season 7 will get 4K treatment. While we are talking about 4K, there is rumor that rework of all the animated series will get 4K remaster but when it will happen its unknown at the moment. 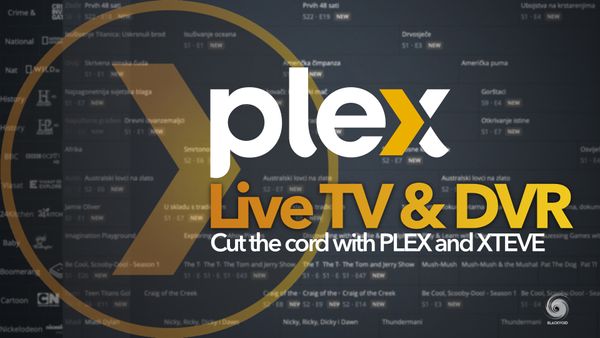