DO NOT update to 6.2.4 version if you have any of these models running BTRFS:

Synology has confirmed a problem with DSM 6.2.4 on selected models that have been reported for some users.

The problem is that if you own any of the mentioned models with BTRFS volume already in place, and you update to the 6.2.4 version you will end up with a problem with your volume no longer accessible.

The problem is that the volume will register as a BTRFS volume while those models do not support BTRFS at all due to a "mistake" (as Synology calls it) that was in effect before 6.2.4.

You will be faced with the following warning:

You will have only two options to get your data back:

A nasty bug from Synology side. Do not try and do any repairs yourself without consulting the support unless you already have a valid backup of your data.

UPDATE:  version 25554 is no longer, and it was replaced with version 25556, bringing these changes to the list:

Hopefully, it will not get pulled, as this has started to become a popular move from Synology. Would advise you to hold off for about a week or 10 days before pushing this update on your device.

I have upgraded one of my extra devices today on day 1, the DS918+.

In case your DSM will still not pick up the update, you can get it manually from the following location for all models.

Here is the current info on the release:

Your Synology NAS may not notify you of this DSM update because of the following reasons. If you want to update your DSM to this version now, please click here to manually update it.
The update is not available in your region yet. The update is expected to be available for all regions within the next few days, although the time of release in each region may vary slightly.
This update will restart your Synology NAS.

In response to the enhancement of domain database synchronization efficiency, the domain user/group list will be updated once an hour when it is created with Synology Directory Server.

So far there are no visible problems with the release, and the update took about 1min to perform (on an SSD array). Reboot was required, as indicated in the notes.

There are a few things that I would like to reflect on in this update. As you might be aware or not, Synology has started last year to push out its "own" SSDs, and HDDs, as well as NVMe modules.

In this patch, we have gotten a few "new" features regarding the new drives now being used with their new and current NAS models.

So looks like there are now options built inside the DSM that will help with bad block detection on their brand of SSDs as well as the option to update HDD and SSD firmware directly from DSM.

How will that look and work, I don't know, considering that I am not running with those drives at this moment, but it is nice to see these options coming in DSM.

Another new feature that was pushed in this version is the option to add multiple email recipients for email notifications, up to 10.

Keep in mind that this will apply to all the notifications that you have setup. You can't decide what account will get what notifications.

Finally, as always, security fixes are last on the list. There were several in the past weeks not just affecting DSM but also specific packages and apps (Docker for example).

In this 6.2.4 patch, there is two security patch that is fresh and currently still ongoing for all the other Synology platforms, not just DSM.

I will post an update on this article if there will be any reported major problems with this release. 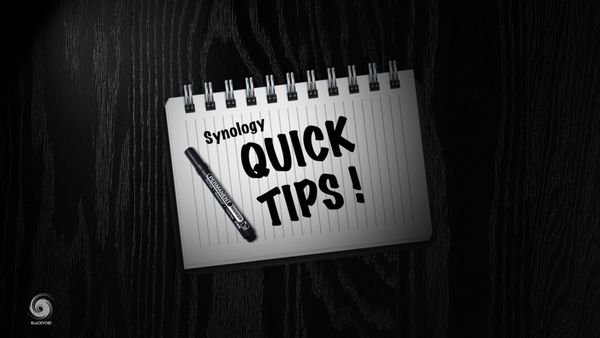 This will be an article on all the quick tips that I think users need to remember when it comes to using your Synology products. I will be adding more 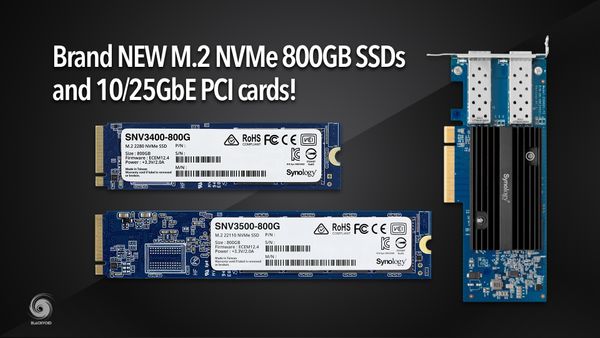 Synology is on the go by the looks of it. Not just are they working on the latest DSM 7 OS version that should come out this spring/summer, but