I know what you are thinking. Windows post, on this blog? Considering how important it is, let's leave it at that.

About a week ago as the new Windows updates for January arrived, so did new problems for system administrators, and users for that matter.

‼️
If you have them installed already, remove them until Microsoft pushes new updates to replace those.

Issues with those updates translate to the following:

So why is this important, and why am I writing an article about it? Well, the point is that if you try and add your Synology NAS into Active Directory backed up by servers with those patches, you will, get this, reboot the servers. Not bad right?

So once you start adding your NAS using the procedure it will be all well until DSM starts talking to your domain.

But then on the server-side, this happens.

At the same time, DSM reports the following.

To make matter worse, your server will loop-reboot until you disjoin the NAS from the domain.

So, before you start looking for reasons in all the wrong places, roll back your servers, and hold off with January patches for now. Thank you Microsoft (again). 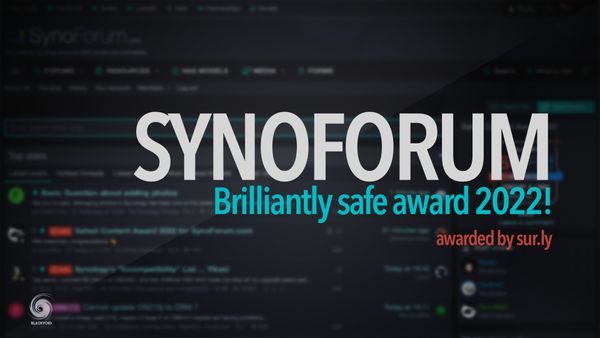 Today, Synoforum.com was honored by sur.ly with a "Brilliantly safe" award for 2022! Coming as a total surprise, but then again, no surprise considering how the platform was

Some of you might know that I am an avid fan of Apple and their products. Been using the platform since 2008, but considering how much info about this company